Movement is associated with progress in a dynamic metro like San Francisco. If you rack up the miles like I do, you try to make the most of it.

I’ve always asked myself what is the purpose of movement itself. Last week I read a book by Paul Kalanithi on my weekly plane flight. Paul was a fellow 2nd-generation Indian-American. He was a star among stars in my subculture. Like most people in my generation, ambition is the norm. Striving can get you far. Striving with a bit of reflection might put you at the pinnacle of success. In a touching memoir, Paul talks about his life and how he achieves nearly every goal as a young neuroscientist-physician. In spite of his success, he outlines a plan to have another 20 great years as a neuroscientist, before retiring into a life of reading literature and writing books.

Then something earth-shattering happens. The amazing life which lies ahead for him and his family is short-circuited by illness. The plans have changed. Survival is the only goal for the sake of preserving life and creating one which will blossom long after he is gone. The quality of writing in Paul’s memoir is extraordinary and I’m sure he would have done just as well as an English professor. The field of medicine gave him purpose after huge personal sacrifices of blood, sweat and tears. After saving many lives at Stanford, Paul turns his life over to the same hospital to save his own….Now, I’ll let you read the book…

As I finished Paul’s memoir, I reflected on another book I read several years ago, The Monk and the Riddle. I first arrived in Silicon Valley  with ambitions to take over the world. The timing couldn’t have been worse as the bubble was about to pop. The book was written during that internet bubble economy. Silicon Valley VC Randy Komisar does a great job of storytelling — highlighting the naked ambition of entrepreneurs and consultants like me. There is nothing wrong with striving for fame and lucrative awards, while finding meaning along the way. What happens when the journey is cut short? Is there enough runway to continue the deferred life plan, when one faces an existential crisis? 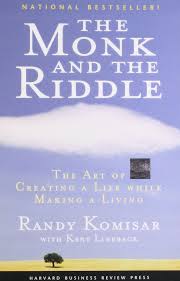 Randy’s timeless advice – is to pursue work not just as an aspiration, but to truly enjoy the experience, satisfaction, and joy that comes from it. Is it worth doing something for someone’s sake, instead of doing what your heart tells you to do today? Probably not. Instead of moving on to the next great thing, maybe the best thing to do is to lay a foundation and build something you can call your own based on your core values. 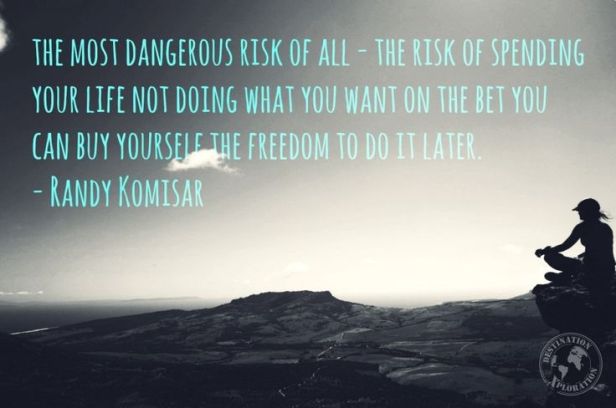 One thought on “The Deferred Life Plan”