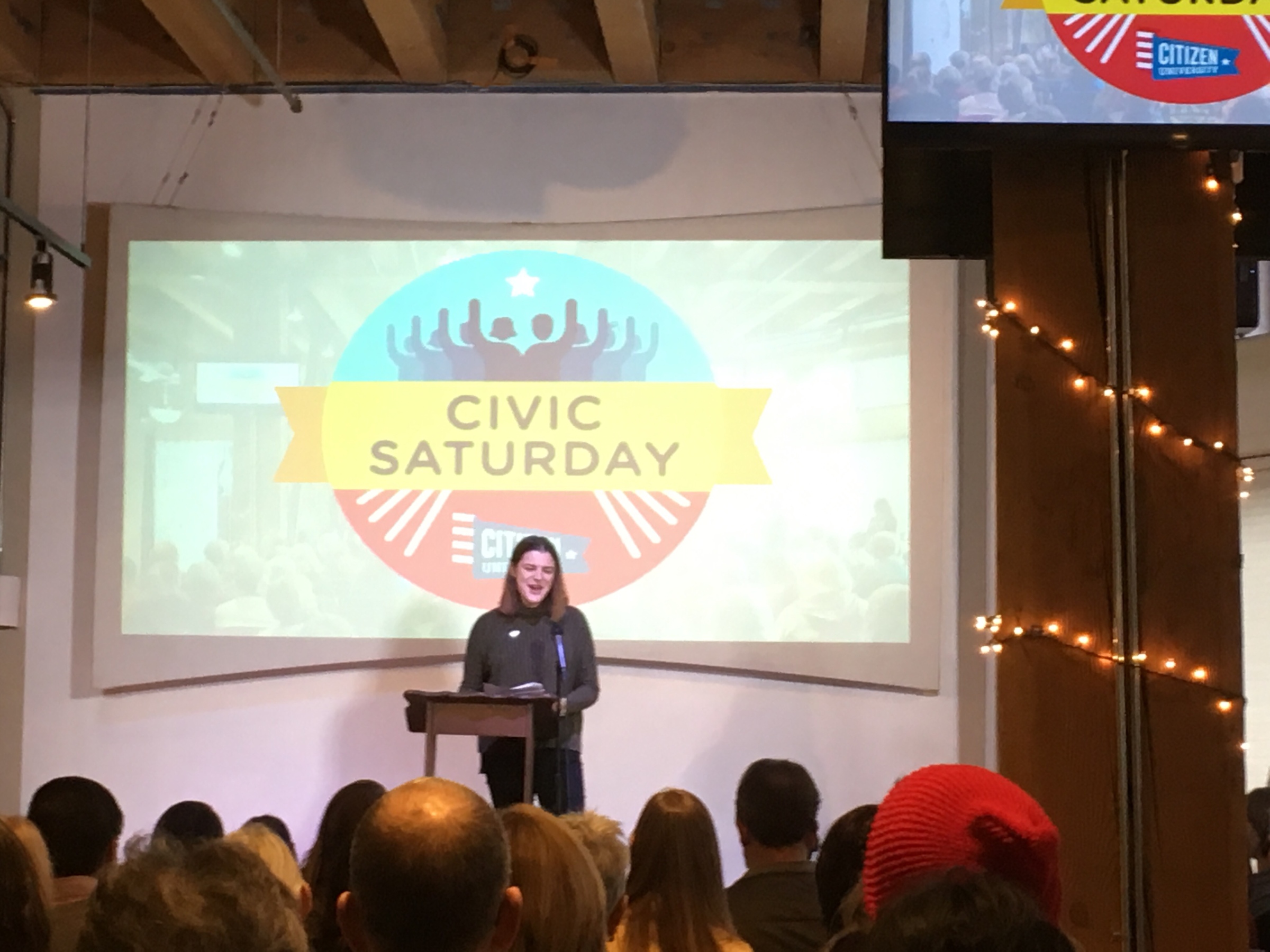 Civic Saturday is a town-hall style community which meets every other month in Seattle. I had the chance to participate and found it worthwhile. Its founder Eric Liu spoke volumes about what folks seem to be feeling in the Seattle area. A lot of people are jaded and fearful about politics in America. It’s easy to embrace the latest technologies designed for personal or business improvement. Yet, it’s really hard to shake enough hands to build closely-knit neighborhoods.

When I travel across the world to places like India or Japan, I see local communities where the social fabric is strong. Many elders never left their original homes. The neighbors have known each other for decades. Trust is the primary currency. Crime is almost nonexistent. As a foreigner I spent much time to build trust in Japan. The Japanese usually run away from strangers when solicited directly.

America, by contrast, brings together strangers in neighborhoods who may cavort freely or chose to remain apart. Technology often mutes live conversations, especially around civic virtues. The startup NextDoor does a great job of connecting neighborhoods but maybe not enough. The ‘neighborhood’ resides in your smartphone. There’s plenty of business and personal networking going on but it’s usually not tied to improving civic life.

Civic Saturday offers a groundswell to promote the kind of neighbor-to-neighbor engagement that’s missing in our tech-fueled world.

Kudos to Eric for getting this off the ground.